Is it dangerous to hire based solely on personality? 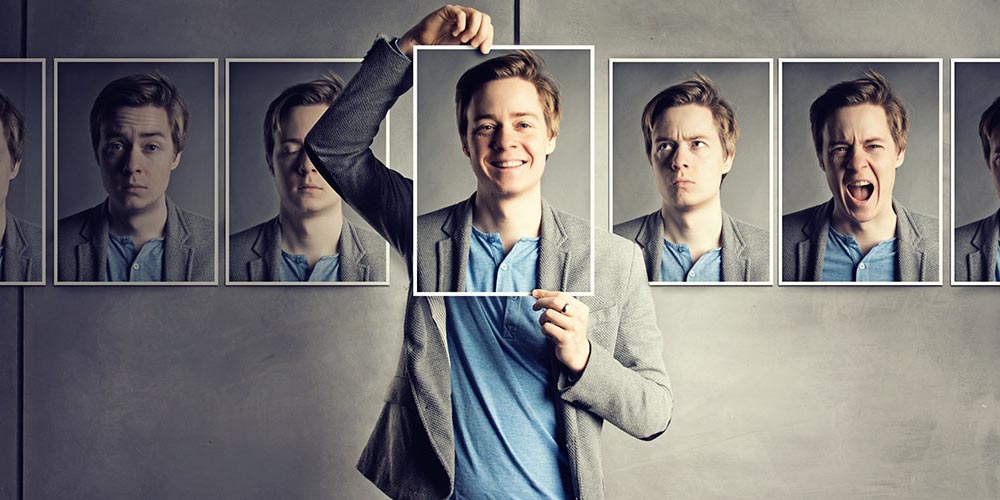 Personality-based hiring in businesses is increasing in the modern world, with The Institute of Student Employers reporting that 92% of employers that they surveyed used some form of personality testing when in the process of hiring potential employees.

In recent years, the demand for personality tests for use in businesses has been on the rise, with many psychologists creating tools designed to measure our personalities across a selection of traits. Some of the most popular psychometric measures of personality include the Myer-Briggs type indicator, 16 personality factors, Five-factor model tests, and the Hogan Personality Inventory.

As well as personality testing, employers will measure an employee's fit for a job through other methods. Some of the other common methods used to decide whether an employee is fit for the job role and the company include:

But, just because we have personalities, does it mean that they should affect our chances of work? Granted, they make up a huge part of our-self, but we’re not really tested for personality in any other aspects of our lives.

We didn’t get into schools because of our personality, neither did we have to decide upon our degree choice based on personality. So, is it right to base hiring solely on personality?

Firstly, I’ll begin by answering a recurring question surrounding personality testing for employment: ‘is it legal?’

Yes. It is perfectly legal to use personality testing throughout a business whether it is for team development or hiring, as long as the testing has no intention to discriminate against any current employee or potential employee.

To use personality testing as part of the hiring process

For many employers, the hiring and progression of new employees in their business are one of the biggest investments they will make. Employing people costs a lot, so why would they not hire someone based on how they behave and act in their everyday activities?

Indeed, personality testing can shine the light on some fantastic candidates that will thrive and develop on the culture and atmosphere of that organisation.

Finding employees that fit the pre-existing culture of the business is important to a company, it creates employees that get on, which leads to more work satisfaction and team success. Generally speaking; skills can’t predict how well someone will fit into the current culture and atmosphere of the company - I’ve met plenty of people who can write an essay as well as me, if not better but does this mean we instantly got on? In some cases, unfortunately not.

Employees who fit in with the company, team and their supervisors are more satisfied, more successful and more likely to stay within the business. This will save you money, as having a high employee turnover rate will cost your company lots of money.

Also, using personality testing as part of the hiring process will benefit companies that place a large emphasise customer interactions. It doesn’t take a genius to figure out that extroverts will be far better at dealing with customers than introverts. Or that employees who are persuasive and warm will be better at selling products to consumers than employees who are withdrawn and perhaps socially awkward.

So, surely, if the right personality would complete your team, that focuses greatly on customer interactions, perfectly, and will allow you to make a massive profit, you should obviously hire based solely on personality.

As we all know, our personality can’t be changed. Richard Branson, one of the best entrepreneurs that this planet, once said in an article that “Company knowledge and job-specific skills can be learned, but you can’t train a personality”. So, therefore, if you want an employee who will work well with your company, hire based on personality - the rest can be learned.

Richard Branson's company, Virgin, hire all their new recruits, from gym staff to leading managers, based on personality.

He continues to say in the article that “the first thing we look for when hiring new staff is personality. In my eyes, personality always wins over book smarts…. These personalities make our staff successful, and, in turn, our businesses successful – they also keep our company culture vibrant.”

So, if it works for Richard Branson, an entrepreneur with a net worth of 5 billion dollars - why wouldn’t you use it?

Of course - it’s almost obvious; well-matched, like-minded and complementary personalities will help teams work effectively together and most likely avoid conflicts But, should this be the only hiring tool? Perhaps not... 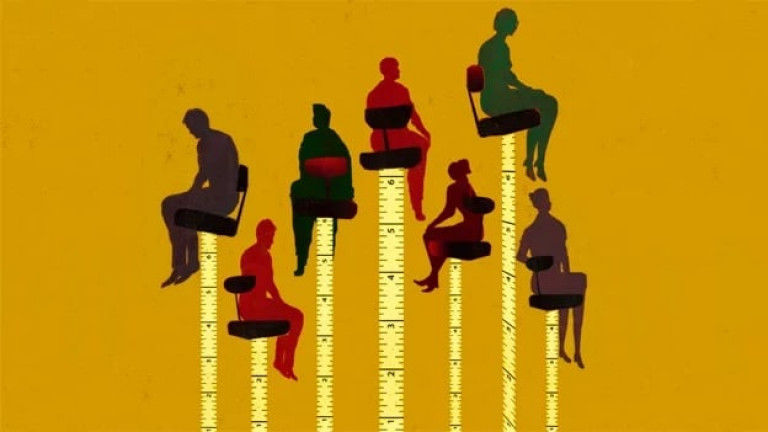 Arguments against using personality testing as part of the hiring process

Despite the positives, there are many parts of personality testing that maybe aren’t so favourable, and that other assessments, such as cognitive assessments or skills set tests, could make up for. Other factors, such as experience, skills, and abilities, should also be assessed and considered when deciding on someone's suitability for a role.

One of the most serious issues surrounding personality testing is the issue of discrimination. It is, obviously, illegal to be discriminative towards someone in a job interview based on their gender, sex, race or religion.

But, what about the discrimination caused by personality testing? These tests ask for personal information, which is answered honestly, for some people could identify mental health problems or emotional instability, which employers could use a reason not to hire someone.

A key problem with personality testing, not just in business but across the whole field of personality testing, is that it forces people into a set personality trait, defining them in generalised and broad terms. Dependent on the test used, everyone will be forced to be either an extrovert or an in introvert, conscientious or not, etcetera...

In reality, this just isn’t the case. Personality has always been and will always be context dependent.

No one acts and responds to things in the same mannerism all the time - when my younger brother deliberately winds me up I am quick to lose my temper and retaliate quickly, but would I ever act that way to my boss? Absolutely not. Just the same way as I will appear far more extroverted and bubbly after 8 hours sleep and a nice cup of coffee than I would after 2 hours sleep and no coffee.

Similarly, personality is on a scale. Granted, everyone is somewhere on this huge scale of personality, but does fifty ‘agree’ or ‘disagree’ statements really measure this?

Just because two people are both ‘conscientious’ this does not mean that they are the same, in fact they’re probably completely different in every other aspect of their life, except for the fact that their both conscientious; yet, on paper, they seem to be remarkably similar.

Yes, ok - personality can’t be learned. But, ideal answers to personality tests can be learned, which obviously, completely defeats the point of this test.

I mean, if you’re in an interview for a job that you REALLY want and your potential employer asks you to rate your organisation skills, you miraculously forget that you actually forgot your interview was today because the paperwork is under a tremendous pile of clothes on your floor and you haven’t used a calendar or diary since 2008. But, suddenly, you’re pretty organised. Right?

Robert Harjavec said in his article ‘Separating Top Performers From Those With Great Interview Skill’ that “the trick is – how do you identify those long-lasting team members? Everyone always says they are motivated in an interview. Everyone is comfortable to put in the hours, do whatever it takes to succeed… we hear it all the time”.

So in reality, personality testing isn’t actually going to be that useful in the first initial assessment - everyone, even psychopaths, can make good first impressions and create an idealised image of themselves. The only way you can really know who’s the employee for you is through time and patience and watching them in the real-life setting of your office.

Or, perhaps - we should be greedy and just use the best of both worlds. Both the use of personality testing and the use of other tests provide strengths and weaknesses; what one lacks, the others owns. So, surely, an effective way to solve this is simply to just use both…

Personality testing shouldn’t be used alone, but it should be used with other things. Jim Povec, an assessment, leadership and professional human capital consulting firm, told CIO magazine that he believes “technical skills, experience and knowledge” should count for about 50 percent of the decision, assessments for 30 percent, and interview performance for the remaining 20 percent”. Therefore, personality testing used with other assessment could provide a useful tool for employing the right person.

Also, if used in the early stages of assessments, personality testing will help managers aid what questions to ask at later interviews, and, if used at a later stage it may aid difficult decisions when only two candidates are left.

Furthermore, using personalities in business will also have generally benefits much further than hiring. Personality testing can be used for individual and group development and can aid career progression.

By using personality testing throughout organisations you are making employees aware of their personalities, this means they can use them to their advantage and makes everyone aware of how it affects them of others - making a more effective and happier team.

Overall, hiring employees and building a business should never be based on one thing.  I am personally, not disputing the idea of personality testing during a recruitment purpose because I feel employees are too much of an investment to get it wrong.

However, I think to be fair and to be successful, recruitment requires a balance of many assessments to ensure get the right amount of drive, passion, skill, teamwork, and personality - can’t hire based solely on one.

Anyway, this whole article may not even be relevant - as Steve Jobs once said in “Recruiting is hard. It's just finding the needles in the haystack. You can't know enough in a one-hour interview. So, in the end, it's ultimately based on your gut.” So really, whether you’re basing your interviews on personality, skills, experience or values, you’ll never really know how good someone will be.

To read more on what tools to use to measure personality as a pre-hiring tool, or for pre-existing teams, head over to this article.