Nature vs nurture: how does our personality develop?

In psychology, there has been always been a long standing debate as to how our personality develops. Do humans act, behave and interact in the way we do because of nature, such as our genes inherited from our parents, or nurture, such as our environment, culture, religion or childhood interactions.

Personality is a key part of every single one of us, it determines our moods, our behaviours, how we interact with each other and the decisions we make. Effectively, our personalities make us who we are. This is why, it is crucial to study whether our personality is caused by our ancestors, the environment we grew up in, on perhaps, even both. 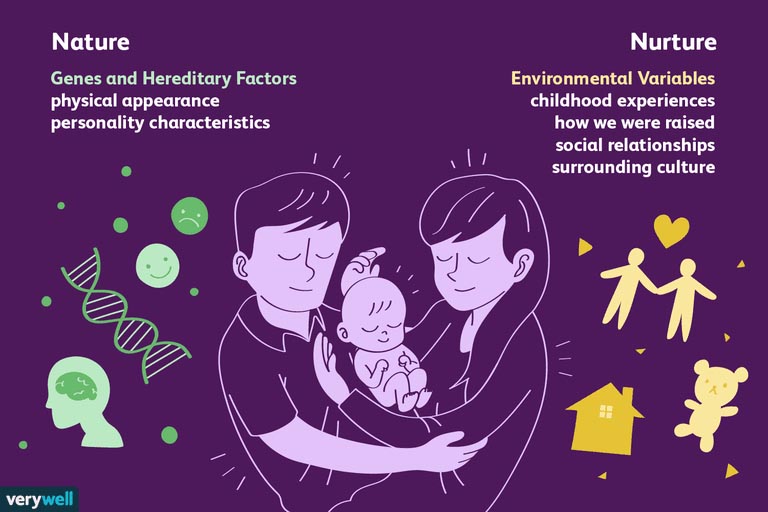 How many times have you heard the saying “oh, she’s definitely her mother’s daughter!’ or “like father, like son” - perhaps it’s because 50% of your DNA comes from each of your parents and this inherited genetic makeup could influence your personality.

Genes within a species are all the same - the DNA within you genes is most likely 99.9% similar to mine. This allows use to develop characteristics that come naturally to us. However, some of us are better at things than the other. We all have the instincts to learn language and to walk - why do some of us do it better than others? 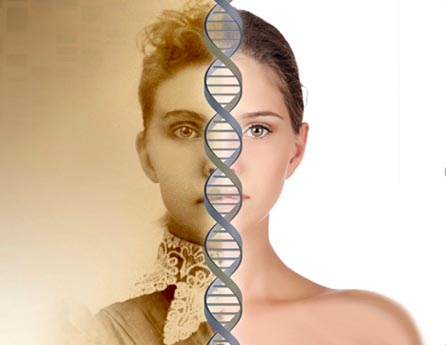 “The biological theories of personality assume that differences in personality are partly based in differences in structure and systems in the central nervous system such as genetics, hormones, and neurotransmitters" - suggesting that our personality differs due to the genes we develop and how our body regulates these.

Research into twins and adoptive children has shown that our genetic make up has a stronger influence on our personality that child rearing; providing support for the 'nature' side of the argument. It has also been found that all the traits we inherit, including personality traits, are greatly influenced by our genetics and biology - further supporting the nature argument.

Well, one of Freud’s colleagues, Carl Jung believed that our unconscious mind, which the psychodynamic theory argues drives our behaviours, interactions and therefore forms a fundamental part of our personality, is partly comprised of memories from our ancestors and these then influence our personality and behaviour.

Overall, the idea that our personality is caused by our genetic makeup is quite a believable one. Often, babies who are relaxed and ‘easy going’ tend to become adults who are equally as laid back and easy going. Similarly, the babies, much like myself, who are born screaming and spend much of their infant years throwing tantrums, tend to grow up to be the drama queens of the world. So, there’s a high chance our personality is in fact influenced by our genetics.

Think about children who are bullied, it has often been suggested that the children grow up to be the Introverts of the world - they are perfried of human interaction due to the experiences they had with other children when they were younger.

Studies have shown that personality is caused by the cultural development and the interactions we have with others and our environment when we are a child. Similarly, evidence from studies that have found that children raised in foster homes were influenced greater by their foster parents child raising, than by their genetics.

As I used the example of psychodynamic therapy above, I will use a contradicting theory to argue the opposing point. Freud, the father of the psychodynamic theory, argued that our unconscious mind, which as I said above determines our behaviours and personality, is influenced and developed by our childhood experiences and interactions. This theory, although it has little empirical evidence, is still well regarded today and it the crucial point of psychodynamic therapy.

Finally, if you have siblings your birth order may well have affected your personality. Alfred Adler, a famous psychologist, described the eldest child to feel superior and powerful, the middle child to be competitive and the youngest to be dependent on others.

So, a child is being born into a situation which causes them to react as described in the stereotypes of birth order, and therefore the environment has influenced our personality. However, little scientific evidence has been found to support this theory, so maybe personality is due to genetics. 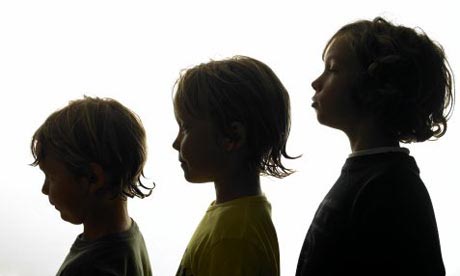 Overall, many psychologists are starting to adopt the view that all aspects of humans are influenced by nature and nurture. Yes, our genetics are inherited, but it has been suggested that they do not determine our behaviour.

If you are looking to discover your personality type through test then I have written a very comprehensive list of the best personality tests which you will find useful.